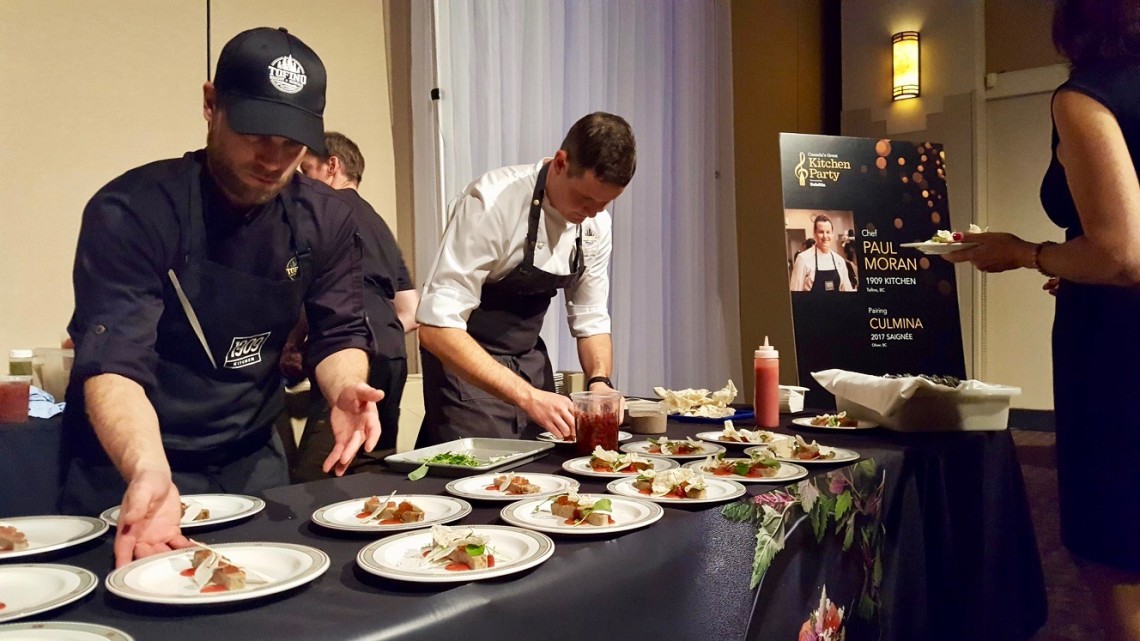 Chef Paul Moran, a fifth-generation forager, leads the kitchen brigade at 1909 Kitchen to create ingredient-driven, sustainably focused menus, sourced from Tofino’s oceans, shoreline and forests. Staying true to his ethos, he describes his winning dish as “a showcase of pristine ingredients that are locally foraged with care and passion creatively combined with others that are delicious by-products of the food industry,” he adds ”the bold, fresh flavours of this dish pair perfectly with Culmina’s Saignée wine which also exemplifies a sense of place, in parallel with our own food philosophy at 1909 Kitchen.”

Canada’s Great Kitchen Party events are held annually in the fall. Staged in eleven cities, the events are a celebration of the pillars of Canadian culture – sport, music and food with a purpose of providing young Canadians the opportunity to be extraordinary in the same pillars. In each of the eleven cities, eight to ten chefs compete with a dish of their choice to be paired with a Canadian wine, beer or spirit. Canada’s Great Kitchen Party and the resulting Canadian Culinary Championships support B2ten, MusiCounts and Community Food Centres Canada.

Chef Paul Moran is proud to have placed second and to be part of a culinary competition that benefits such worthy endeavours. He congratulates first place winner Chef Takashi Ito of AURA waterfront restaurant + patio in Victoria while acknowledging all competing chefs, judges and organizers for their participation in making the event possible. A strong believer in the power of partnerships, 1909 Kitchen recently announced #TofinoEats: 1909 Kitchen Winter Guest Chef Series, offering a talented lineup of chefs arriving to Tofino to collaborate with Chef Paul Moran and his kitchen team.